Fast food fans' love of Taco Bell's Mexican Pizza is undeniable. Sure, the chain played up the hype, but Taco Bell didn't need to falsify 100,000 signatures for on online petition or take over social media with bots to build grassroots interest in a Mexican Pizza musical.


But with the Mexican Pizza officially returning to Taco Bell menus today, we still must face an inconvenient truth: Is the Mexican Pizza really a pizza? Isn't it just a glorified tostada begging for crossover appeal by naming itself a "pizza?"


The folks at Pizza Hut — who, as their name implies, should know a thing or two about pizza — certainly seem to think that's the case. Though they didn't explicitly call out the Mexican Pizza for pizza appropriation, Pizza Hut has launched a campaign that's sure to raise some eyebrows.


The pizza chain has announced they've begun selling a "new" product called the "Italian Taco." Except — and here's when they take an implied jab at Taco Bell — the Italian Taco isn't new at all: Simply fold your slice of pizza down the middle (as many people already do when eating pizza) and, voila, you've created your own Italian Taco.


"Feast your eyes and mouths on a hand-tossed taco shell stuffed with a classic marinara sauce, mouthwatering melted mozzarella cheese and whichever fillings you choose from pepperoni to jalapenos," a Pizza Hut representative explained — even though, moments later, they admitted the whole thing is just "a slice of pizza folded like a taco."


And no, Pizza Hut is not done. Referencing the fact that Taco Bell sold out of Mexican Pizzas and had to take it off the menu the first time they brought it back earlier this year, Pizza Hut jokes, "The best part? This nearly unbelievable innovation will never run out. The Italian Taco has been here and will be here forever." Their tag line: "No one out pizzas the hut."


But though Pizza Hut makes a compelling argument, the whole campaign brings up a question of its own: Is the joke really on us, the consumers? Because both Taco Bell and Pizza Hut are both owned by the same parent company: Yum! Brands. So regardless of whether you're Team Mexican Pizza or Team Italian Taco, it's the shareholders who win. 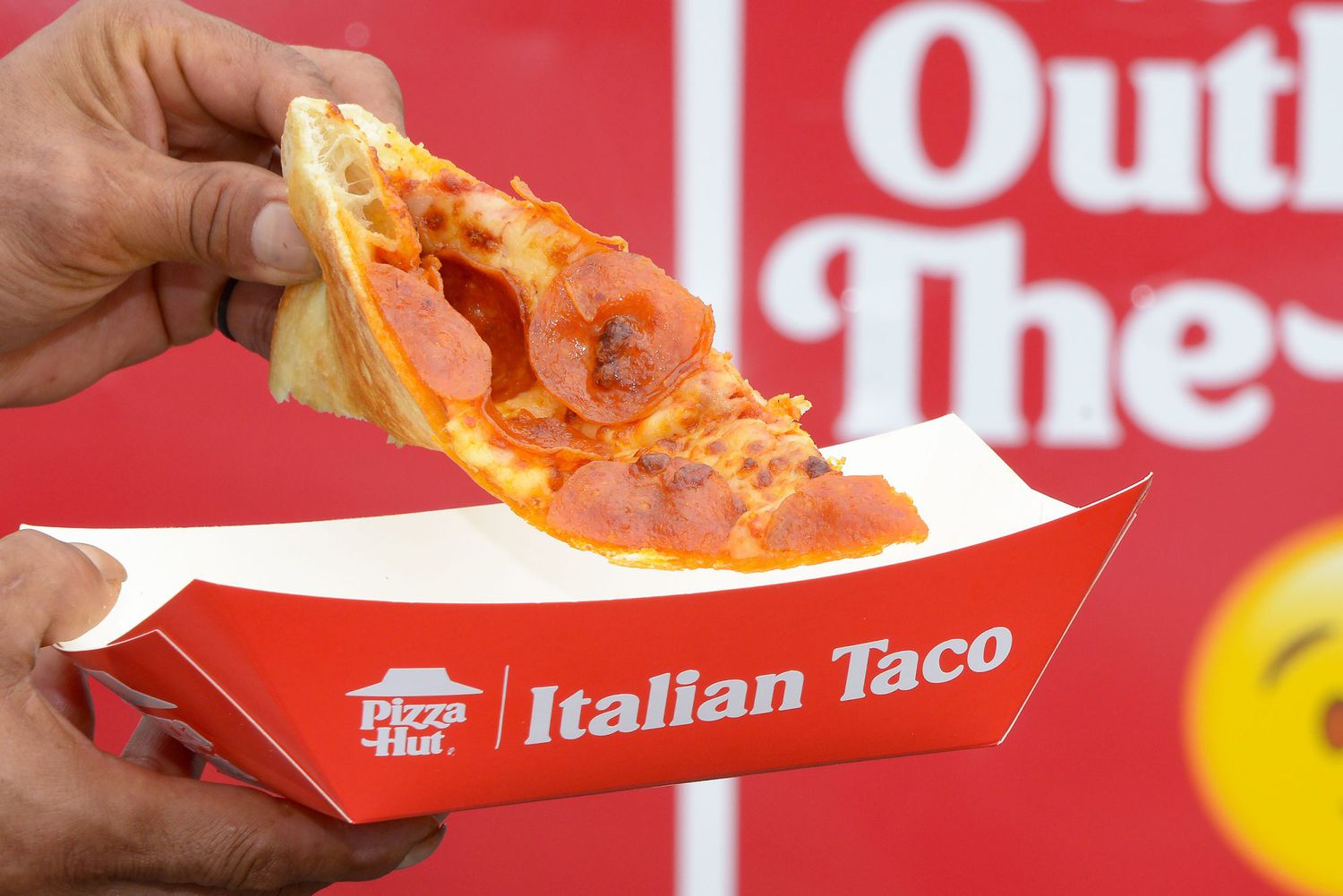 It turns out, the option to "taco" your pizza was there all along.

· Registered
Joined 8 mo ago
·
221 Posts
Posted for @Captain McRib because he is lazy...

· Administrator
Joined 8 mo ago
·
149 Posts
Well, it is certainly not a Casey's Taco pizza.

· Registered
Joined 8 mo ago
·
75 Posts
What we really need is a political leader who can truly connect to pizza.

· Registered
Joined 5 mo ago
·
66 Posts
Isn't an italian taco when you take the whole pizza, fold it in half and eat it in shame while nobody is looking?

snout said:
Isn't an italian taco when you take the whole pizza, fold it in half and eat it in shame while nobody is looking?
Click to expand...

We also have Beef Rolls which is a hybrid of a pizza and Italian beef, sometimes I got crazy and have them throw a pizza puff in the middle of it also.

snout said:
Tell me more about this "pizza puff"
Click to expand...

A beef Roll is different than a Pizza Puff.


Pizza Puff must come in this wrapper:

It's yummy and super cheesy. The right amount of everything for an amazing all-in-one breakfast meal.

MadMD said:
Our go-to for pizza is a little place called Sir Pizza

Is that the tasty thin and slightly crispy crust? Because that is what dreams are made of.
M

Tilly_D said:
Is that the tasty thin and slightly crispy crust? Because that is what dreams are made of.
Click to expand...

Sure is. I believe they may be called Pizza King or something in the Midwest as it is a chain restaurant

· Administrator
Joined 8 mo ago
·
149 Posts
Nothing remotely near me. We try different bar pizza's hoping for the best.
J

· Registered
Joined 3 mo ago
·
30 Posts
It all looks good but none of it is available by me. cant even get good chicago style pie here. NY style is well represented but that is it.
M

Joe cool said:
It all looks good but none of it is available by me. cant even get good chicago style pie here. NY style is well represented but that is it.
Click to expand...

I would possibly have to relocate if we didn't have a good pizza joint in the area.
1 - 16 of 16 Posts
About this Discussion
15 Replies
6 Participants
Last post:
MadMD 3 mo ago
SnackFora
A community forum for those who have a passion for snacking. Sometimes you just have to eat something just for the fun of it.
Full Forum Listing
Explore Our Forums
Battleground Off Topic Lounge Keto For Me Though Gluten Free